Cinelibri 2017, the recent edition of the book&movie festival, was held in Sofia and another 10 Bulgarian cities between 11 and 22 October. The glamorous event brought along in Bulgaria eight prominent European and world-renowned creators in the field of cinema, literature, music and performances. Thirty one full-length feature films and milestone documentaries and in addition six short films were screened, including the most discussed and impatiently anticipated literary adaptations for the past two years.

The official opening ceremony took place on 11 October in Hall 1 of the National Palace of Culture. It was crowned by a multi-art show, symbolizing the interaction of images, sounds and lights as a key to the magic of the seventh art. The opening was accompanied by a premiere screening of Roman Polanski’s provocative thriller „Based on a True Story,“ based on Delphine de Vigan’s novel of the same name.

CineLibri 2017 competition program showed eight productions inspired by works of literature form different cultures and periods. Most of them had already been awarded prestigius prizes at movie festivals all over the world. International jury including Kiera Chaplin (a film producer and actress), Bruno Coulais, one of the most productive and highly acclaimed European film composers, Doriana Leondeff, popular Italian screenwriter, and Ilian Dzhevelekov, Bulgarian director and film producer, awarded the „Cinelibri“ distinction for best adaptation to the film “Red Istanbul” at an official ceremony in Hall 1 of the National Palace of Culture on October 14th. The event was accompanied by a screening of “Anna Karenina. The Story of Vronsky”. The legendary European director Volker Schlöndorff received the „Cinelibri“ distinction for his undoubted entire contribution to the cinema based on literary masterpieces.

Cinelibri 2017 paid special attention to the music as a key reason for the impact of each remarkable movie. Ruth Koleva’s song „The Bright Side“ became the music symbol of this year’s festival edition. On October 13th, together with the Sofia Philharmonic Orchestra, CineLibri celebrated the 80th Anniversary of Bulgaria Hall with an exclusive screening of „The Queen of Spades” by Pavel Lungin. Before the film, two magnificent arias from Tchaikovsky’s opera of the same name, were performed by Maria Tsvetkova-Madzharova, soprano, and Rositsa Pavlova-Indzheva, mezzo soprano.

A special emphasis in the parallel program was the meeting with the famous Israeli author David Grossman who won 2017 Man Booker International Prize for his novel “A Horse Walks into a Bar”; he opened the screening of the film based on his book “Someone to Run with”. Another emphasis was the original photo exhibition “25th frame” created by Ivaylo Petrov and Emanuela Belovarski (Whaleworx Studio). For the first time, a 3D version of “The Blind Vaysha” was screened within Cinelibri 2017. It is the Theodore Ushev’s short film which received Academy Award nomination.

French composer of film music and collector of honors. He is the author of almost 90 soundtracks, has an Oscar nomination and three César awards

Italian screenwriter with nearly 30 films in her artistic biography, many of them recipients of prestigious awards

Bulgarian director and film producer, whose films appeal both critics and public 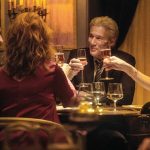 “The Dinner” directed by Oren Moverman, based on Herman Koch’s bestseller. A satanically smart tragicomedy, boldly transferred to the big screen by the director’s all-star cast of Richard Gere, Steve Coogan, Laura Linney and Rebecca Hall. 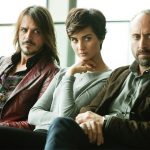 “Red Istanbul” written and directed by Ferzan Ozpetek The film has been nominated for its smooth transition from a nostalgic, modernist story to a film that beats with the same pulse and is charged with vibrant images and breathtaking scenes. 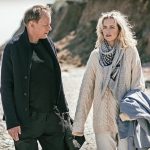 “Return to Montauk” directed by Volker Schlöndorff, based on Max Frisch’s novella “Montauk”. The film has been nominated for the acuteness and the finesse with which the legendary director of The Tin Drum, Swann in Love, Voyager and The Handmaid’s Tale approaches Max Frisch’s autobiographical work. 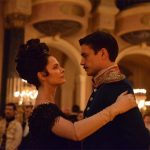 “Anna Karenina. The Story of Vronsky” directed by Karen Shakhnazarov, based on Leo Tolstoy’s monumental work. The film has been nominated for its ambitious idea and its exceptionally original take on the eternal tale of Karenina and Vronski. 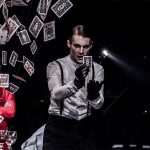 “The Queen of Spades” directed by Pavel Lungin, based on the short novel of the same name. A masterful cinematic reading of one of A. Pushkin’s most extravagant tales. A literary work and a film about life as a game, and about the human being ripped to shreds between doom and salvation. 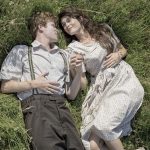 “The History of Love” directed by Radu Mihaileanu, based on Nicole Krauss’s bestseller. The director has succeeded in capturing the essence of this multi-fasceted novel, in channeling the energy of the rambling storyline and turning it into an overwhelming anthem of love. 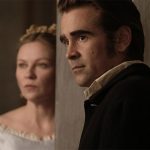 “The Beguiled” directed by Sofia Coppola, based on Thomas Cullinan’s gothic novel. A brilliant remake of the 1971 thriller of the same name, the film tastefully recreates the ominous atmosphere of the novel with an excellent sense of proportion. The masterfully selected cast completes the impact. 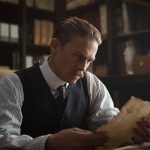 “The Lost City of Z” directed by James Gray, based on David Grann’s book, which is itself based on a true story.  A spectacular large-scale production of astounding cinematography, which draws attention to true meaning of consistent effort.

2017 Cinelibri Masterful Film Adaptation Award went to director Ferzan Ozpetek for his film Istanbul Red, based on his own novel of the same name.

“The prize was awarded for the original directorial and cinematographic approach to the theme of traveling toward yourself and the longing for change, seen through the memories of an idyllic past. The film becomes an unusual continuation of the book, but remains truthful to the spirit and atmosphere of the text, which tells a story defined by time and space, which is personal as much as it is universal, suffused with brilliant acting and magnificent panoramas. Istanbul itself is alive with all its nostalgic beauty as an illustration of the characters’ mood and as a symbol of refuge from the hysterical rhythm of the present day. The motivation could be supplemented with a quote from the book like this : Ferzan Ozpetek’s Istanbul Red is the recipient of the 2017 Cinelibri Award because, when you tell someone your life, and your life becomes a story, darkness turns into light and the light shows you the way.”

2017 Cinelibri Award for Entire Contribution went to the European director Volker Schlöndorff, who presented in Sofia his latest film – “Return to Montauk”.

“The prize was awarded for Schlöndorff’’s enormous inner energy, intelligence and passion, with which he enlightened and conveyed on the big screen some of the most significant literary stories of all time. Because of the power and beauty of his unforgettable screen characters, who is always in the opposition, in challenging the status quo. Let’s just remember the names of writers such as Max Frisch,Günter Grass, Heinrich Böll, Robert Musil, Margaret Atwood, Marcel Proust, whose masterpieces came to life second time, thanks to the productive, inexhaustible fantasy of Volker Schlöndorff”. 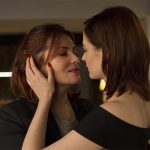 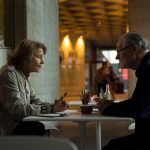 “The Sense of an Ending“ (2017) – directed by Ritesh Batra and based on Julian Barnes’ novel of 2011 which won Booker Prize, it is a mystery drama featuring a remarkable acting duo: Jim Broadbent and Charlotte Rampling! 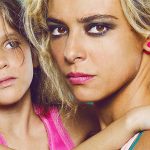 “Fortunata” (2017) – directed by Sergio Castellitto and written by the acclaimed Italian author Margaret Mazzantini. It was screened in the “Un Certain Regard” section at the 2017 Cannes Film Festival where Jasmine Trinca won the Jury Award for Best Performance. 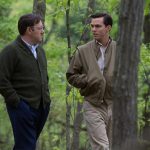 “Rebel in the Rye” (2017) – directed by Danny Strong and based on the biography “J.D. Salinger: A Life”, the movie depicts the life of the celebrated but reclusive author who gained worldwide fame with the publication of his novel “The Catcher in the Rye”. 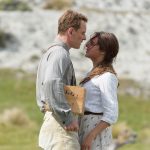 “The Light between Oceans” (2016) – directed by Derek Cianfrance and based on M. L. Stedman’s novel of the same name, the film is a heart-wrenching romantic drama starring Michael Fassbender, Alicia Vikander, Rachel Weisz, Bryan Brown. 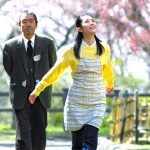 “The Professor and His Beloved Equation” (2006) – directed by Takashi Koizumi, based on Yôko Ogawa’s novel. It is a deeply moving story of a single mother housekeeper and a mathematics professor who has a brain damage. 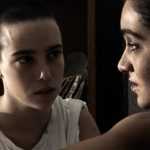 “Someone to Run with” (2006) – directed by Oded Davidoff and based on the novel by David Grossman, this Israeli drama thriller is about two individuals who are on different missions and how their paths cross. 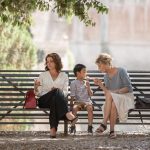 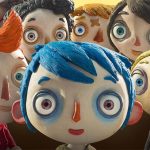 “My Life as a Zucchini” (2016) – directed by Claude Barras and based on Gilles Paris’s novel, it is the official submission of Switzerland for the “Best Foreign Language Film” category of the 89th Academy Awards in 2017.

Contemporary versions of classics out of competition 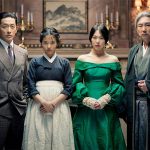 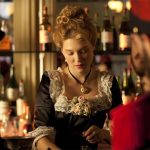 “The Diary of a Chambermaid” (2015) – directed by Benoît Jacquot, based on Octave Mirbeau’s novel. French drama film starring Léa Seydoux as Célestine, a young and ambitious chambermaid who works for a wealthy couple during the early twentieth century. 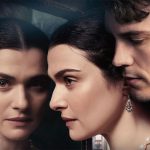 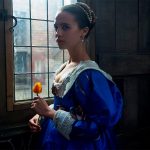 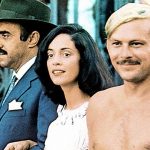 “Dona Flor and Her Two Husbands“ (1976) – comedy directed by Bruno Barreto, based on Jorge Amado’s novel. When initially released, Dona Flor became the most successful film in Brazilian history. Internationally, it received nominations for a Golden Globe and a BAFTA Award. 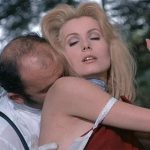 “The Daylight Beauty” (1967) – directed by Luis Buñuel, written by Luis Buñuel and Jean-Claude Carrière and based on the novel by Joseph Kesse, featuring the beautiful star of French cinema Catherine Deneuve, two years after her sexual repression thriller Repulsion.

Documentaries out of competition 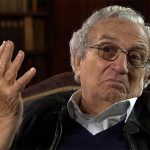 “Art is a Weapon” (2017) – directed by Andrea Simon, celebrating Angel Wagenstein 95th jubilee. The early years of the famous Bulgarian writer and screenwriter is the subject of “Art Is a Weapon,” a documentary about Bulgaria’s rocky political path through the 20th century. 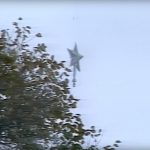 “Every Wall is a Door” ( 2017) – directed by the talented artist Elitza Gueorguieva. She authored “The Cosmonauts Are Just Passing by” – a promising debut novel which is kind of an autofiction written with self-irony and sad humor. 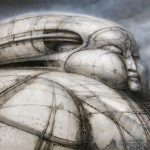 Short films out of competition

the Israeli author who won 2017 Man Booker International Prize for his novel “A Horse Walks into a Bar”; he presented the Bulgarian edition of the awarded novel and the film based on his book “Someone to Run with”

the Bulgarian writer and director who first gained popularity in France, presented her documentary “Each Wall Is a Door”

the American director presented her documentary “Art Is a Weapon”, inspired by life and personality of the famous Bulgarian writer and screenwriter Angel Wagenstein