Cinelibri 2018, the latest edition of the International Book&Movie Festival, was held in Sofia and another 10 Bulgarian cities between 10 and 24 October. Several preeminent creators with outstanding achievements in the field of cinema, literature and screenwriting visited Bulgaria on the invitation of CineLibri. Forty-nine full-length feature films and documentaries were screened, including contemporary productions, biographical dramas, film retrospections and classic movies, which represent some of the most skillful literary adaptations for the past year. Most of the contemporary films were national premieres.

The official opening ceremony took place on 10 October in Hall 1 of the National Palace of Culture in the presence of Ian McEwan, one of the most powerful voices of postmodern prose. Jacqueline Wagenstein, founder and director of the festival, awarded Mr. McEwan the honorary “CineLibri” prize for his invaluable contribution to the art of literary adaptation. The audience attended a premiere screening of „On Chesil Beach“, opened by Ian McEwan himself. The British drama film directed by Dominic Cooke (feature directorial debut) was written by McEwan, who adapted his own 2007 Booker Prize-nominated novella of the same name. The ceremony was crowned by a spectacular visual performance, symbolizing the interaction of arts (created by Polyform Studio; dance and choreography by Dorina Puncheva and Tsvetan Apostolov).

CineLibri 2018 competition program showed a sublime selection of nine film productions and co-productions based on literature works and completed in the last year or two. Some of them had already been awarded prestigious prizes at movie festivals all over the world. In 2018, for the first time a Bulgarian film was selected in the competition program – it’s about the omnibus movie “8 minutes and 19 seconds”, based on short stories by Georgi Gospodinov.

A reputable international jury including Herman Koch (acclaimed Dutch writer and producer), David Foenkinos (internationally recognized French author, screenwriter and director), Michael McKell (popular British actor, singer and composer), Andy Deliana (well-thought-of producer and director), and Martichka Bozhilova in her capacity of president (film producer and co-producer of the “Golden Berlin Bear” Award winner  “Touch Me Not” (2018)) bestowed the “CineLibri” distinction for best adaptation of the year on the film “See You Up There” (Au revoir là-haut) at a lovely ceremony in Hall 1 of the National Palace of Culture on October 16th. The poignant dark comedy directed by Albert Dupontel is an amazing adaptation of the Goncourt Prize-winning novel of the same name written by the French author Pierre Lemaitre. The official ceremony handled in the biggest movie hall on the Balkans was followed by the long-awaited screening of the epic film journey “The Man Who Killed Don Quixote” directed by the legendary Terry Gilliam.

Cinelibri 2018 paid special attention to the most exciting and quality bio pictures made during the last year or two, since the stories of the great writers are always very interesting. Among them were “Promise at Dawn” (La promesse de l’aube), an adaptation of Romain Gary’s autobiographical novel directed by Eric Barbier; “Becoming Astrid” (Unga Astrid) – biopic of Swedish writer Astrid Lindgren, the author of numerous children’s books and creator of Pippi Longstocking, directed by Pernille Fischer Christensen; “The Happy Prince” – biopic about Oscar Wilde with Rupert Everett in the leading role, directed by Everett himself; “Mary Shelley” – a gothic tale of the tempestuous life of Mary Wollstonecraft Godwin, the “mother” of Frankenstein, directed by Haifaa Al-Mansour; “Colette” – a nuanced portrayal of a headstrong woman whose literary works are illustration of the superb French belles-lettres. The film is directed by Wash Westmoreland.

On October 13th, CineLibri celebrated the 100–year jubilee of the world-famous filmmaker, legendary theatre director and exceptional writer Ingmar Bergman. On this occasion, the documentary film “Liv Ullmann. The House of Memories” was presented by the director Georgi Toshev, accompanied by music from the Swedish director’s masterpieces, performed live by Sofia Philharmonic Orchestra.

A special emphasis within the parallel festival program were the meetings with the notable French director and screenwriter Benoît Jacquot who presented in Sofia his latest literary adaptation “Eva” with Isabelle Huppert. Besides, Bulgaria welcomed the high-profile Israeli author Dror Mishani who presented in Sofia and Plovdiv his debut novel “The Missing File” shortlisted for the 2013 CWA International Dagger, and its film adaptation “Black Tide” directed by Erick Zonca. Another special event of the parallel program was the original photo exhibition “Love between the Lines”, signifying the symbiosis between literature and cinema.

Producer of all of AGITPROP’s films since 1999, co-founder and director of Balkan Documentary Center.  Winner of Golden Bear for Best Film for Touch Me Not – Berlinale 2018. In 2012 Martichka was ranked in the prestigious selection “100 Most Influential Women in Bulgaria” and was designated as the most influential Bulgarian creative visionaries, according to “Forbes”.

Prominent Dutch writer, intellectual, TV producer and actor. He achieved wide international recognition for a number of ingenious novels and short stories. His bestseller “The Dinner” which was adapted in several stage plays and film productions, was sold to 55 countries, which is unprecedented for a modern Dutch novel.

Acclaimed French author, screenwriter and director. After winning the “Prix Renaudot”, he received the “Goncourt des lycéens” for his thirteenth novel Charlotte. Several of his bestsellers were adapted in cinema, including Memories and Delicacy.

Well-thought-of producer, cameraman and writer, known for the films Out of Touch (2011), The Perfect Gangster (2016) and Back to Q82 (2017). He is also the scriptwriter of Ada (2013) and a co-producer of Amok (2016) and took part in major commercial productions such as Feliz Navidad and Dough Boys as well as in off-Broadway projects.

Popular British actor, singer and composer, who studied acting at the Lee Strasberg Institute and began his career on stage, in classical roles, making his West End debut in the musical Blood Brothers. McKell is best known for appearing in various TV series such as Murder Investigation Team, Channel 4’s Totally Frank and the BBC Blessed. 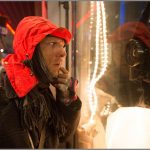 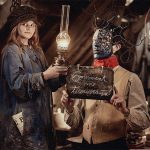 See You Up There (2017) directed by Albert Dupontel. А cinematographic masterpiece – sometimes funny, sometimes doleful, always poetic, exciting and suspenseful by the end, and full of cinema references. The story about three men who have nothing in common but the carnage of WWI, is based on the Goncourt Prize-winning novel of the same name by Pierre Lemaitre. 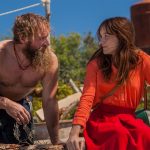 Cornelius, the Howling Miller (2017) directed by Yann Le Quellec. A burlesque and tragic tale, which gracefully captures a deeply ambivalent natural world, full of suffering and immense beauty. The film is based on the novel “The Howling Miller” by the popular Finnish writer Arto Paasilinna. 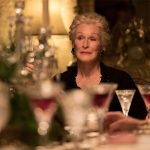 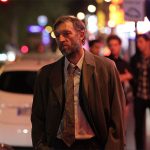 Black Tide (2018) directed by Erick Zonca.Based on The Missing File, the first volume of a fresh new literary crime series by Dror Mishani, the film emphasizes the unstable or delusional psychological states of its characters and leaves readers questioning the notions of innocence and guilt, and the nebulous nature of truth. 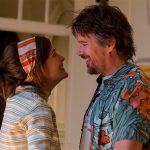 Juliet, Naked (2018) directed by Jesse Peretz. An elegant British-American musical comedy based on Nick Hornby’s novel of the same name which represents an unusual transatlantic romance. Rose Byrne and Chris O’Dowd are real gems to watch. 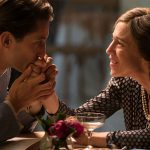 Promise at Dawn (2017) directed by Eric Barbier. Based on the autobiographical novel “La promesse de l’aube” (Promise at Dawn), this tragicomedy tells the story of Romain Gary, one of the most famous French novelists and sole writer to have won the Goncourt Prize for French literature two times. Brilliant performances of Pierre Niney and Charlotte Gainsbourg. 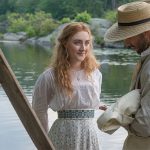 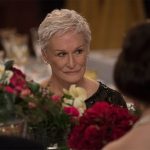 The Wife (2017) directed by Björn Runge. Based on Meg Wollitzer’s novel, this film is a discerning, exceptionally captivating critique of patriarchal society and social stereotypes. An impeccably completed drama with stunning lead performances!

2018 Cinelibri Award for Entire Contribution to the Art of Literary Adaptation went to Ian McEwan, who presented in Sofia his latest film – “On Chesil Beach”. McEwan, who is not only an exquisite stylist and profound explorer of the human psyche, but a prominent public figure and consummate “translator” of literature into the language of cinema, thanked for the award with the words: “I assure you that this is a really exciting festival for me – it does not look like any other festival I’ve ever attended, and I have attended many festivals.”

Earlier on the same day, at a ceremony in the Aula of Sofia University “St. Kliment Ohridski”, McEwan was awarded the honorary title “Doctor Honoris Causa” and delivered an academic speech on “Freedom of Expression”.

The proposal for the honorary title of the oldest and most prestigious higher school in Bulgaria came from the Faculty of Classical and Modern Philology and the Faculty of Slavic Philology.

2018 First Cinelibri Award for Masterful Literary Adaptation went to the director Albert Dupontel for his film “See You Up There” (Au revoir là-haut) based on Pierre Lemaitre’s novel of the same name. The prize was awarded for “the film is an ambitious amalgam of genres and an indisputable piece of art that captures attention with its cinematic power, anti-war fervor, social criticism, poetic language – and with the unique capacity to make viewers laugh through tears and to maintain the suspense by the very end.”

2018 Second Cinelibri Award for Masterful Literary Adaptation went to the director Björn Runge for his film “The Wife” based on Meg Wollitzer’s novel of the same name. The prize was awarded for “the film treats in a particularly original way the current issue of gender equality and, because of the incredibly expressive, uncompromising work of the actors who give flesh and blood to the literary characters and carry the notional charge of the text on the big screen.”

2018 Third Cinelibri Award for Masterful Literary Adaptation went to the directors Kristina Grozeva, Petar Valchanov, Luybomir Mladenov, Nadejda Koseva, Theodore Ushev, Vladimir Lyutskanov for their film  “8 Minutes and 19 Seconds” based on Georgi Gospodinov’s collection of stories “And Everything Became a Moon”. The prize was awarded for “the unusual and inventive approach of the filmmakers, bringing together six short novels in a kind of film omnibus, but above all because of social issues and painful realism, combined with the metaphorical force of images, in order to generate suggestions echoing much longer than 8 minutes and 19 seconds”.

CONTEMPORARY PRODUCTIONS OUT OF COMPETITION

CONTEMPORARY VERSIONS OF CLASSICS OUT OF COMPETITION

BIOGRAPHICAL FILMS OUT OF COMPETITION

FILM CLASSICS OUT OF COMPETITION

BULGARIAN FEATURE FILMS OUT OF COMPETITION

DOCUMENTARIES OUT OF COMPETITION

DOCUMENTARIES WHICH INSTIGATED WRITING OF BOOKS

Critically acclaimed, multi-awarding writer of such modern classics as The Child in Time, On Chesil Beach, Amsterdam and Atonement. From the very start, his writing career has been closely bound up with cinema: no less than 11 of his books have been adapted for the screen, and McEwan himself has been writing screenplays since the 1970s.

Famous Dutch writer and producer who has achieved wide international recognition for a number of ingenious novels and short stories. His bestseller “The Dinner” which was adapted in several stage plays and film productions, was sold to 55 countries. In 2018 he presented in Sofia the documentary “Truly Herman Koch” directed by Pieter Verhoeff.

Revered French author, screenwriter and director. After winning the “Prix Renaudot”, he received the “Goncourt des lycéens” for his thirteenth novel Charlotte. Several of his bestsellers were adapted in cinema, including Memories and Delicacy. In 2018 he presented in Sofia his latest film based on a script of his own: “Jealous”.

Joint Managing Director of “Blake Friedmann Literary Agency” in London which represents 200 book and script writers worldwide. He was the first UK Coordinator of the European Union’s MEDIA Programme, EAVE, a producer-training programme (1990), where he was responsible for the pitching training and for introducing in-depth script analysis. Respected expert and lecturer at SOURCES workshops around Europe.