The eigth edition of CineLibri International Book-to-Film Festival (CineLibri IFF), which annually selects and shows the most original adaptations of literary works, was held between October 8-30 in Sofia and six other cities in Bulgaria – Plovdiv, Varna, Burgas, Veliko Tarnovo, Gabrovo and Stara Zagora, under the motto “Time Regained” on the occasion of 100 years since the death of Marcel Proust, one of the icons of literary modernism, author of the monumental novel “In Search of Lost Time”. “Time Regained” is the title of the seventh, last volume of this majestic verbal cathedral.

The grand opening ceremony took place on October 8th in Hall 1 of the National Palace of Culture in Sofia and was crowned with a spectacular dance performance created by Kosta Karakashyan. After that Jacqueline Wagenstein, director and chief selector of the festival, took the stage in order to welcome the audience and all special guests. The highlight of the evening was the pre-premiere screening of Theodore Ushev’s debut feature film “φ1.618” in the presence of the production team. The film is a captivating dystopian adventure based on Vladislav Todorov’s novel “Whirligig”.

International full-length feature film competition program encompassed 10 titles. Among them was the comedy “The Innocent” directed by Louis Garrel which won the CineLibri Best Literary Adaptation Award 2022. The esteemed Jury of the feature film competition this year was presented by: Olivier Bourdeaut – French writer who presented in Sofia his bestsellers “Waiting for Bojangles” and “Florida”; Amanda Sthers – French novelist, playwright, screenwriter and filmmaker who presented in Sofia her film “Promises” based on a novel of her own; Yassmin Pucci – Italian film and theater actress; Mario Grigorov – world-renowned film composer and pianist born in Bulgaria. The prominent Bulgarian director Kamen Kalev presided the Jury.

Apart from the members of the Jury, who personally announced the winners of this year’s awards, several other amazing creators arrived in Sofia for “live” presentations of their films and books; Maggie Peren – talented German director, writer and actress who presented in Sofia her film The Forger based on true events. It depicts the story of Cioma Schönhaus, a young Jewish man who discovers his skill in forging documents; Colm Bairéad – Irish director and screenwriter who presented his acclaimed film The Quiet Girl, Elitza Gueorgieva – Bulgarian director and writer who lives and works in Paris; Aliona Gloukhova – young writer, journalist and translator born in Minsk (Belarus); Jean-Philippe Daguerre – French theater and film actor and director who presented in Sofia the film “Farewell, Mr. Haffmann” based on a play authored by him; Samuel Finzi – famous German actor born in Bulgaria, who plays one of the key roles in the film “January” directed by Andrey Paounov.

Except the opening ceremony on October 8th, another impressive film premiere in Hall 1 of the National Palace of Culture in Sofia took place on October 21, immediately after the awarding ceremony. It is about the psychological drama “The Son” directed by the world-famous playwright Florian Zeller, nominated for the “Golden Lion”. In October 2022, for the first time within CineLibri, a documentary film competition was held, containing selection of five titles including the films: Milan Kundera: From The Joke to Insignificance – the only documentary about Milan Kundera’s legacy, and The Adventures of Saul Bellow which delves into the relationship between the life of the controversial author and his works. The film for Bellow was awarded the grand prize by the Jury presented by Bulgarian directors, producers and short film experts: Kostadin Bonev, Katerina Lambrinova, Asen Vladimirov.

Traditionally, the parallel program comprised a series of Gala Evenings of different cultures. Supported by the embassies and cultural institutes of the respective countries, these events brought together film experts, literary critics and diplomats of Denmark, France, Spain, Italy, Ireland and Japan. As part of the educational module, a two-day lecture course on the topic “From the Idea to the Big Screen” took place, with two lecturers: Alexander Chobanov, a screenwriter and writer, and Vladimir Todorov, an artist and illustrator with many years of experience in feature and animation cinema and a number of international successes. The course was intended for students and young professionals in the field of cinema and screenwriting.

Kamen Kalev is a Bulgarian film director and screenwriter born in 1975 in Burgas. He finished secondary education at the French high school in his hometown, then he studied two years of cinematography at NATFA. He continued his education at the National Superior School for the Professions of Image and Sound “La Fémis” in Paris. Today, Kalev is undoubtedly one of the most recognizable Bulgarian directors known for the films “Eastern Plays”, “The Island”, “Face Down”, presented at festivals in Sarajevo, Berlin, New York, Stockholm, Cannes, etc. “Eastern Plays” is his debut full-length feature film, realized without state funding. His latest film is a contemplative and elegiac triptych entitled “February” and is in the official selection of Cannes 2020.

Amanda Sthers, a pseudonym of Amanda Queffélec-Maruani (born 18 April 1978), is a French novelist, playwright, screenwriter and filmmaker, who lives and works in Los Angeles. Her first play, “The Blonde Old Jew”, is now studied at Harvard University. She also writes works for children and is the author of more than ten novels, translated into fourteen languages. Among them stand out “My Place in the Picture”, “Madeleine”, “The Rest of Our Life” and “Holy Lands” adapted for the big screen under her direction in 2017. The novel “Promises” (2021) has been singled out by critics as one of Amanda’s most impressive novels, also adapted into a feature film under her direction. Amanda has worked with Jonathan Rhys Meyers, Tom Hollander, Carole Bouquet, Pierfrancesco Favino, Jean Reno, Melanie Thierry, and other talented actors. She is a recipient of the Order of Arts and Letters of the French Government.

Mario Grigorov is a world-renowned film composer and pianist, born in Bulgaria. A musical prodigy from the age of 5, he became one of the youngest students ever admitted to the National Music Academy “Prof. Pancho Vladigerov” in Sofia. He continued to study music in Tehran, Vienna, Berlin, Sydney and grew as a pianist and improviser. For 20 years he lived in the USA between New York and Los Angeles. In addition to composing music for films, he has toured America and Europe as a solo pianist, collaborating with such icons as Wynton Marsalis, Roy Hargrove, Joshua Redman, Charlie Haden and Bela Fleck. In 2014, together with J. K. Rowling wrote the original song for “Fantastic Beasts and Where to Find Them” (2016) directed by David Yates. Some of Mario’s most recognizable compositions stem from his longtime collaboration with Oscar-winning director Lee Daniels.

Yassmin Pucci is an actress of Persian origin born in Rome. She studied Acting in New York, where she lived for a long time. She started her career as a theater actress, and then moved on to screen acting. Yassmin had written numerous scripts and social feature short films, one of them addressing violence against women, competing in the “Action for Woman” Festival. She mainly works with foreign film production companies, making films in English, as leading actress, in countries such as Germany, the USA and Italy. In Rome, she met the film director Emiliano Ferrera, and she started a new artistic collaboration with him, not only as an actress, but also as co-screenwriter. In 2019, they wrote and produced a Western called “Oro & Piombo”. She is now in the process of writing a book about the Princess Ashraf Pahlavi, her maternal grandmother, twin sister of the last Persian Shah.

Born in 1980, Olivier Bourdeaut is the French writer who authored the “crazy” book “Waiting for Bojangles” (En attendant Bojangles). Immediately after its release in 2014, the novel aroused enormous reader interest and was awarded 5 (five!) awards: France Culture-Télérama, the RTL-Lire grand prize, the Emmanuel Roblès prize, the Roman France Television prize and the Prize of the Literary Academy of Breton and of the Loire region. The book was adapted into a hugely successful film by director Régis Roinsard, starring Virginie Efira and Romain Duris. Olivier Bourdeaut’s new novel is titled “Florida” and is among the literary highlights of the CineLibri 2022 program. 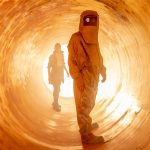 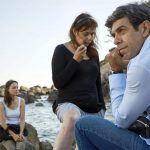 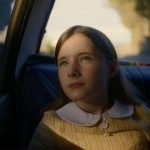 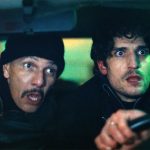 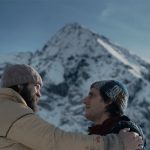 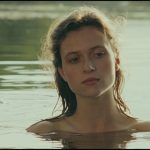 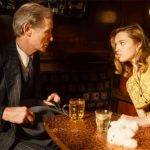 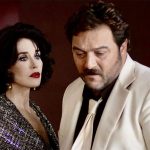 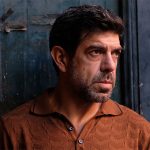 NOSTALGIA (Italy, France 2022) Drama film co-written and directed by Mario Martone, based on a novel by Ermanno Rea. The film premiered at the 75th Cannes Film Festival in May 2022, in the official competition for Palme d’Or. Stars: Pierfrancesco Favino, Francesco Di Leva, Tommaso Ragno

CineLibri Best Literary Adaptation Award 2022 in the full-length feature film competition was bestowed on the French comedy “The Innocent”(2022) directed by Louis Garrel. The award was accompanied by an exquisite statuette.

The decision was motivated as follows: “The Innocent” receives the award because of the masterful direction, which provided a true, at the same time funny and inventive “transfer” of real events to the big screen, a balanced rhythm of the action, a gradual and complex unfolding of the plot. The jury praises the honest, skillfully nuanced characters, the talented acting that is in sync achieved with palpable ease and finesse, and the exciting twists and turns, garnished with memorable music and multi-faceted humor.”

Key criteria for identifying and determining the winner: